The Document below is a fascinating and important Historical Document that outlines the life of a very old Corridan Family that left Listowel shortly after The Great Famine in search of a better life .
These have been passed to me and authorised for use in this blog by Maggie Christy of West Liberty.
Maggie , I am very thankful!!


The following is an  account of Michael Corridan of Listowel who along with his Brother John and his Mother Margaret emigrated to the USA in 1852. I assume his father was deceased at this stage. They were also joined in the USA by their cousins who went to Chicago area. The letters below were a combination of notes sent within the USA to each other and some from Edmond Corridan back in the old Country. The contrast between the fortunes of those that left and those that stayed are very apparent. (Not to mention the fact that  they rubbed shoulders with celebrities  ??  as The Jesse James Gang encamped on Johnny Corridan's lands.)


There is also a reference to one of the oldest Headstones in Listowels Old GRAVEYARD  in the last letter written by Ned Corridan to his Cousins in the USA , where he is seeking a few Pounds for the erection of a Family Tomb .If anyone can give me enlightenment or help solve some of the missing pieces , I would be very thankful. The tomb  never came to fruition. Edmond(Ned) who wrote this letter in 1873 , to the best of my knowledge died in 1886 aged 56.


I did write in an earlier entry  about the Corridan Brothers from Convent Street, Thomas and Seamus(James).   I see from some scribbles from my father that Seamus told him that "The people who wrote the letter in 1883 originated from Seamus' Grandfather"


ANY OTHER FURTHER INFORMATION WOULD BE MOST WELCOME 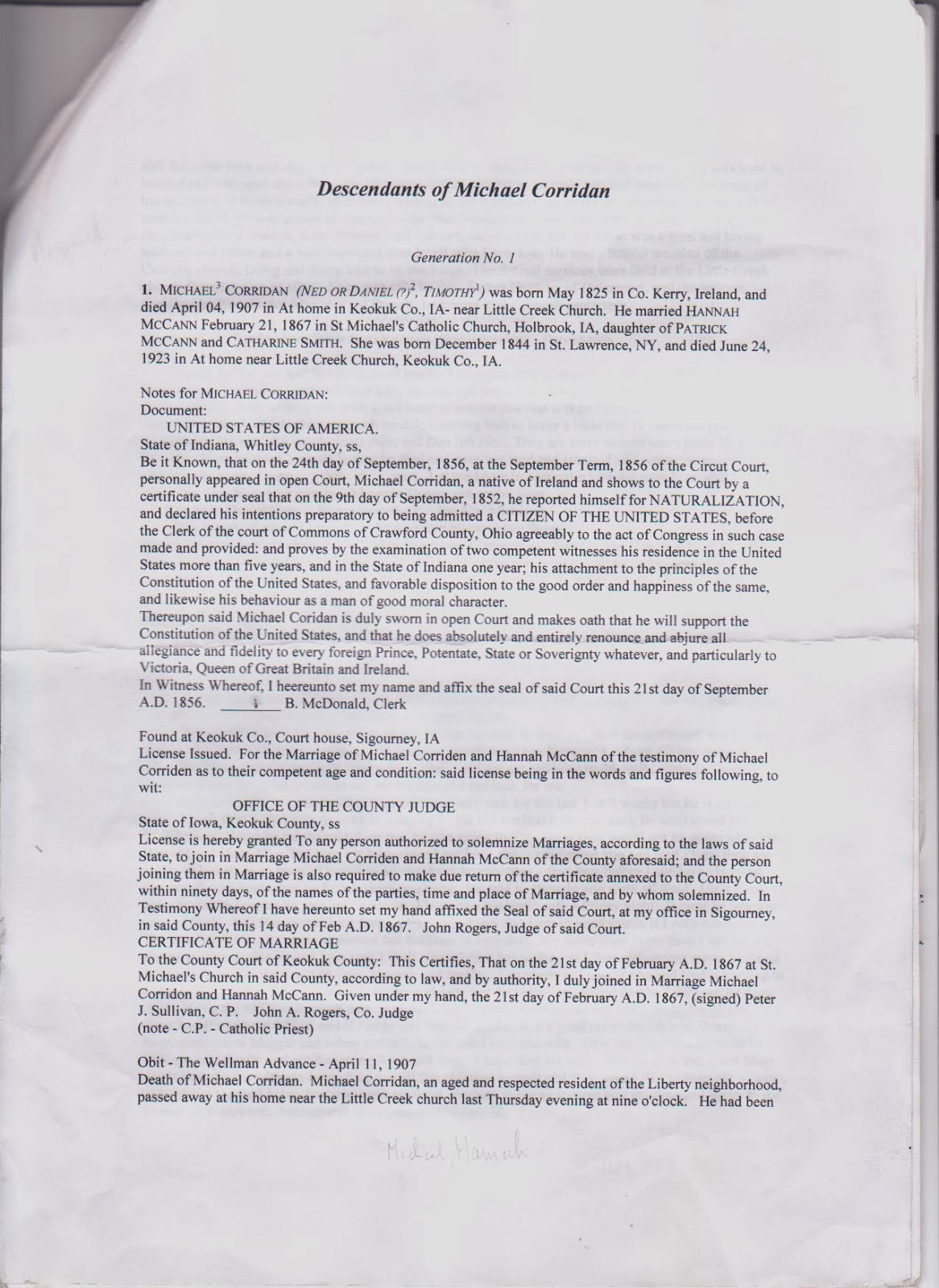 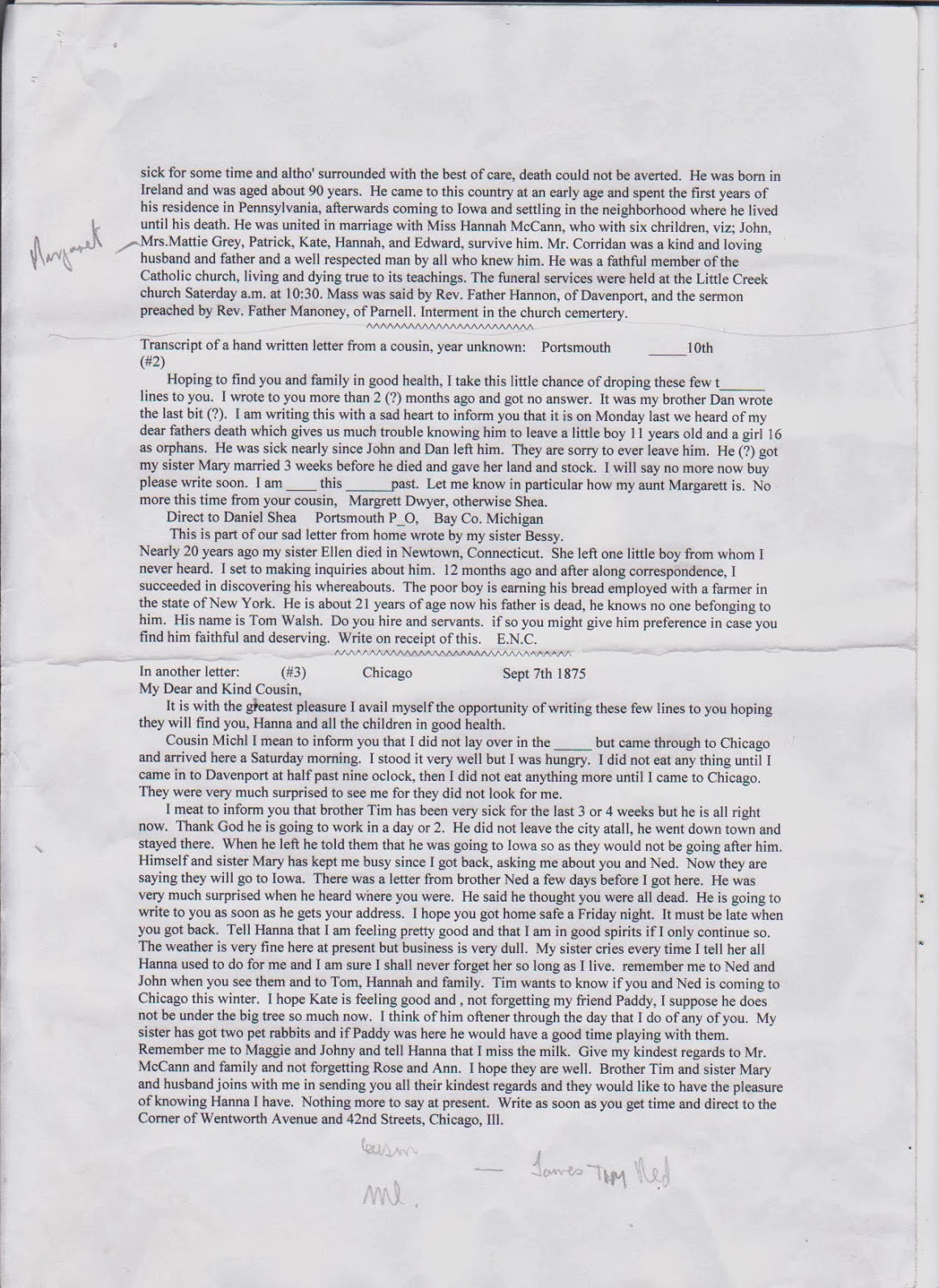 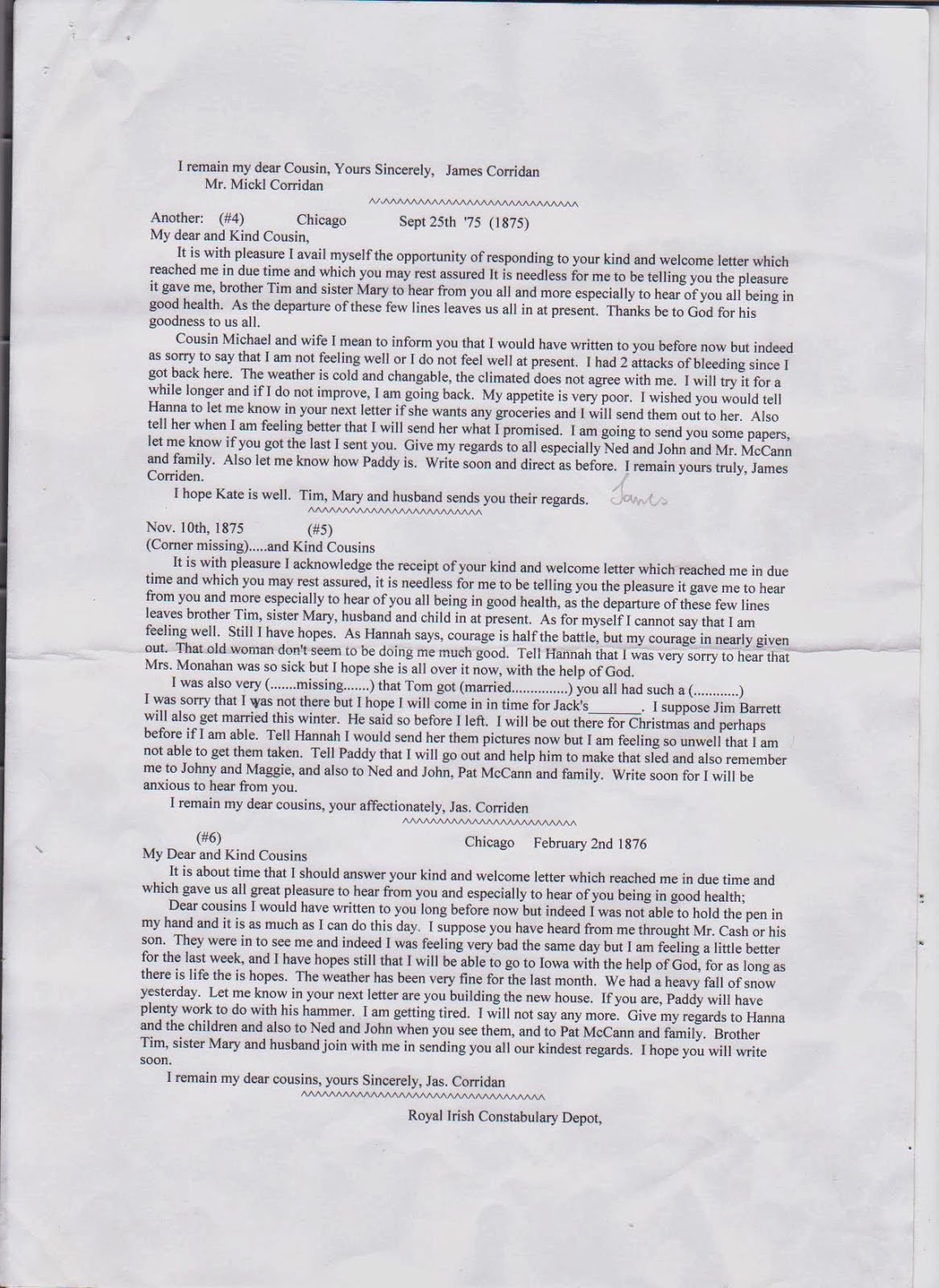 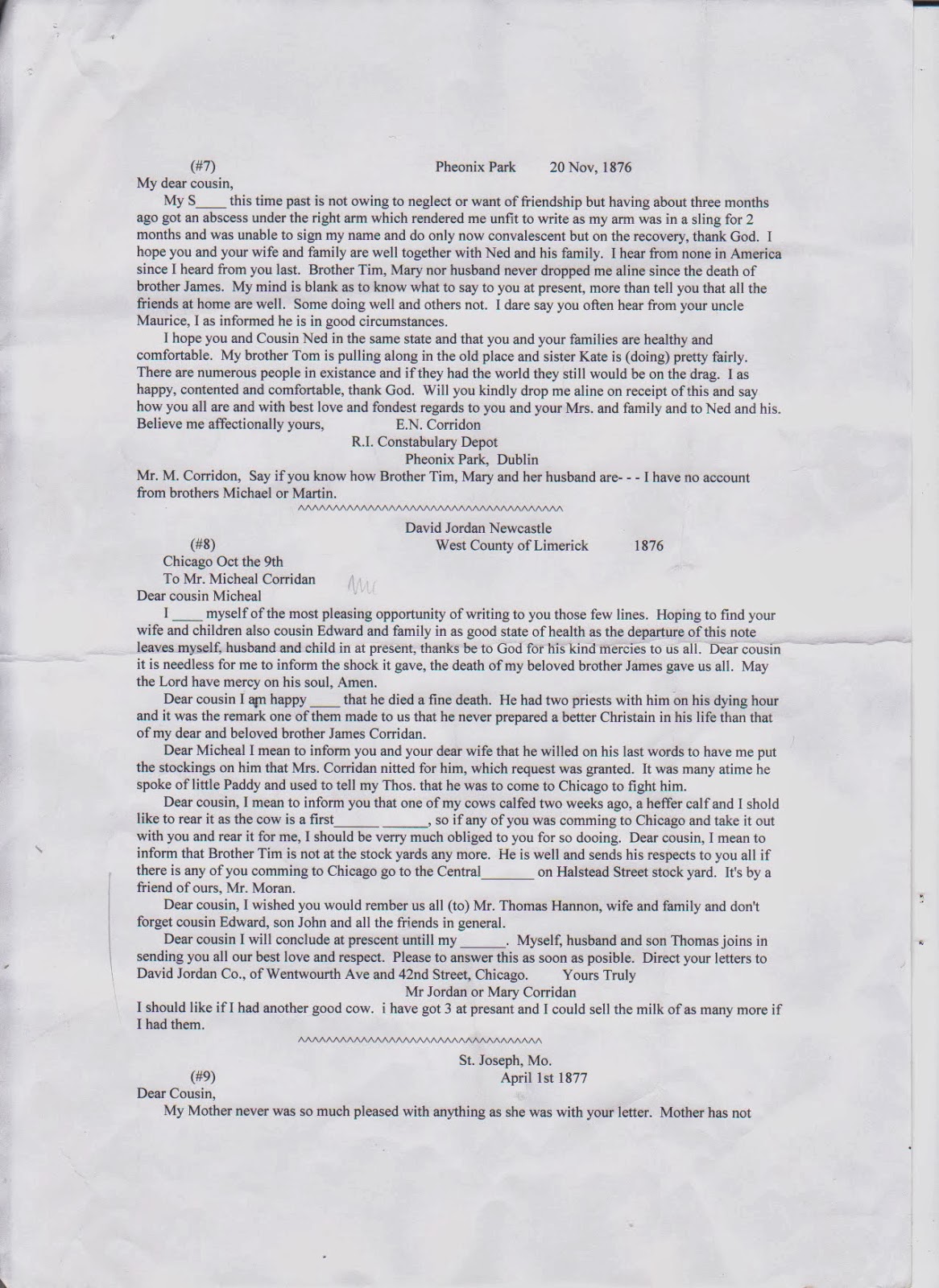 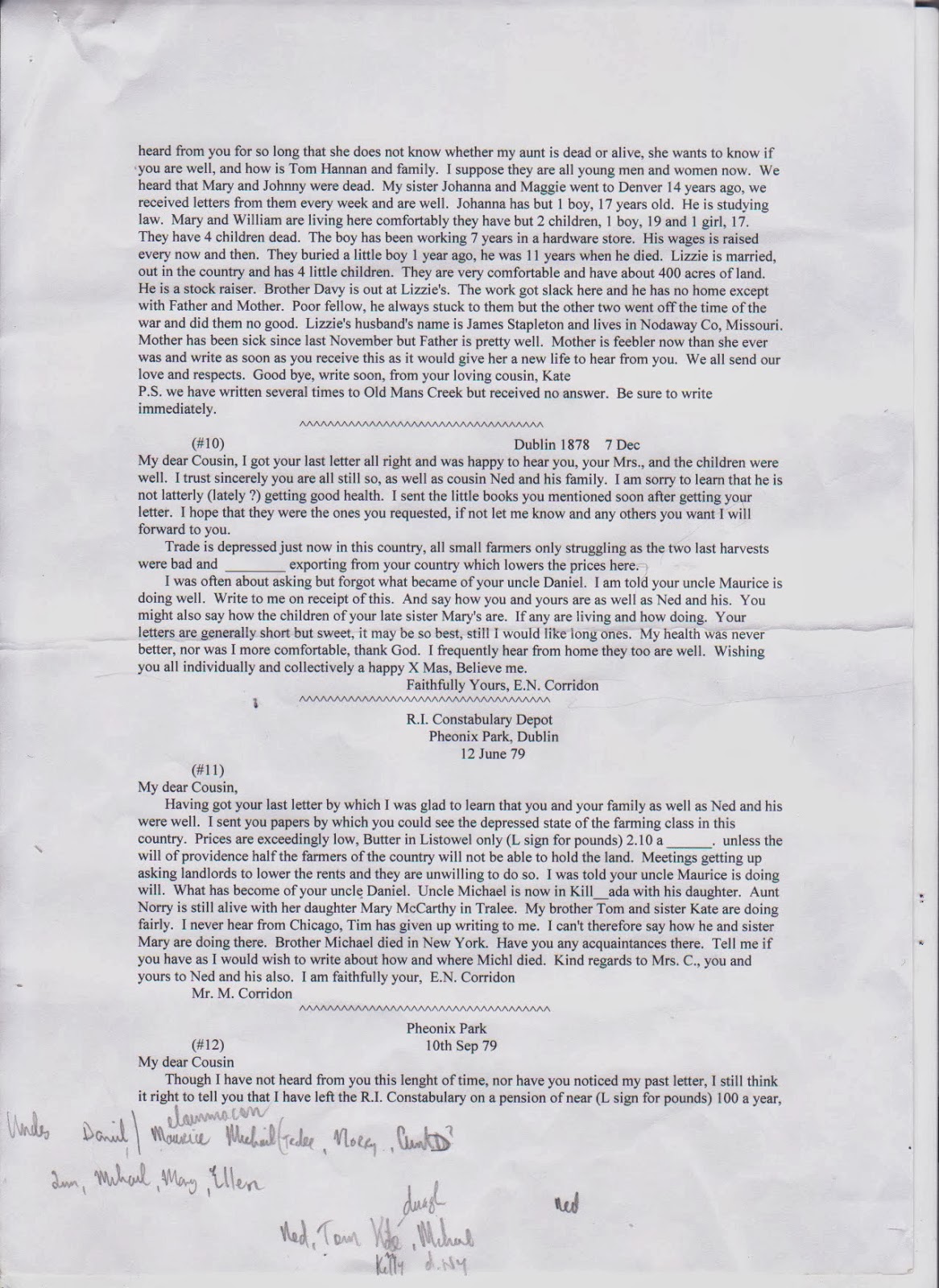 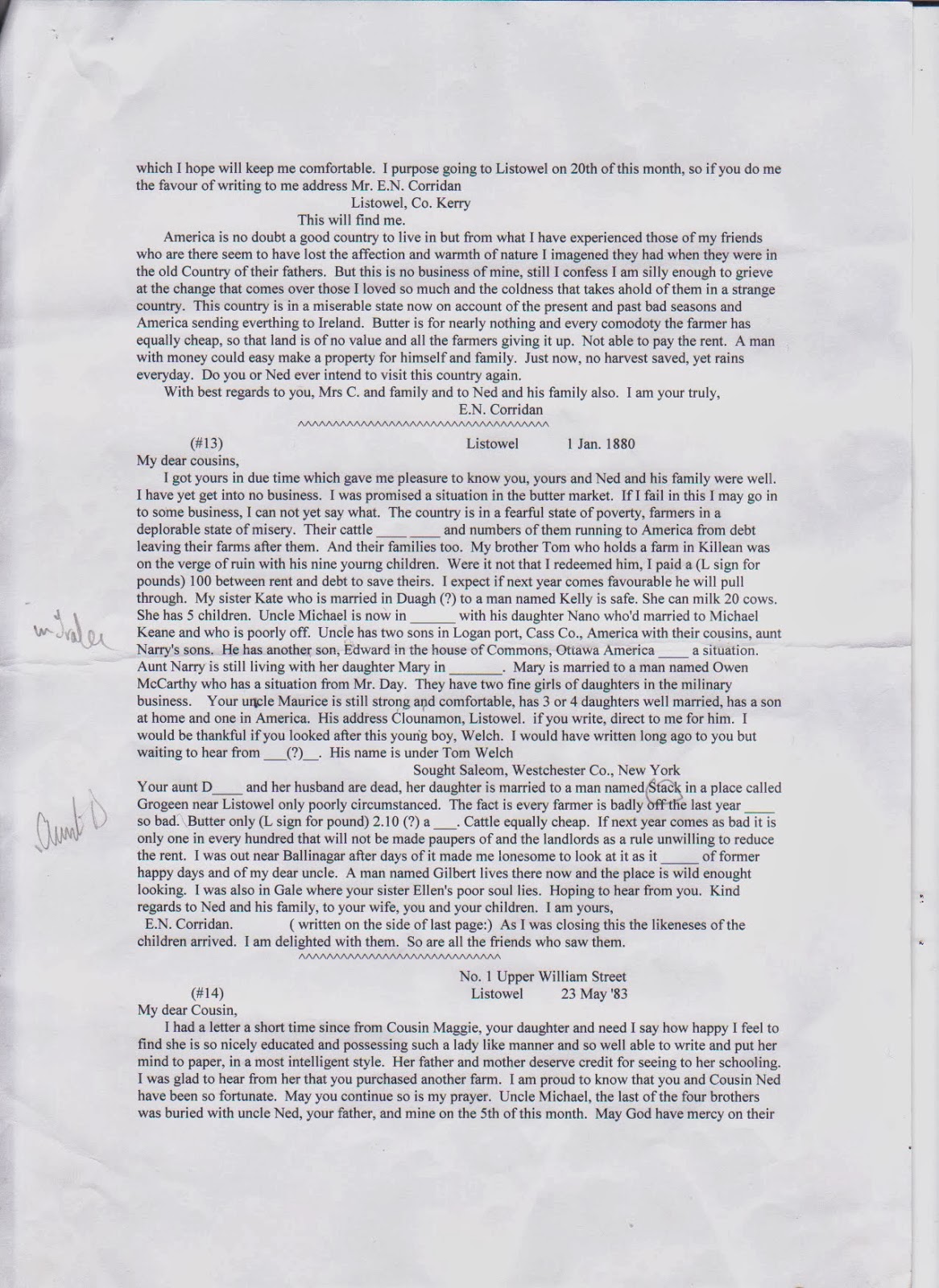 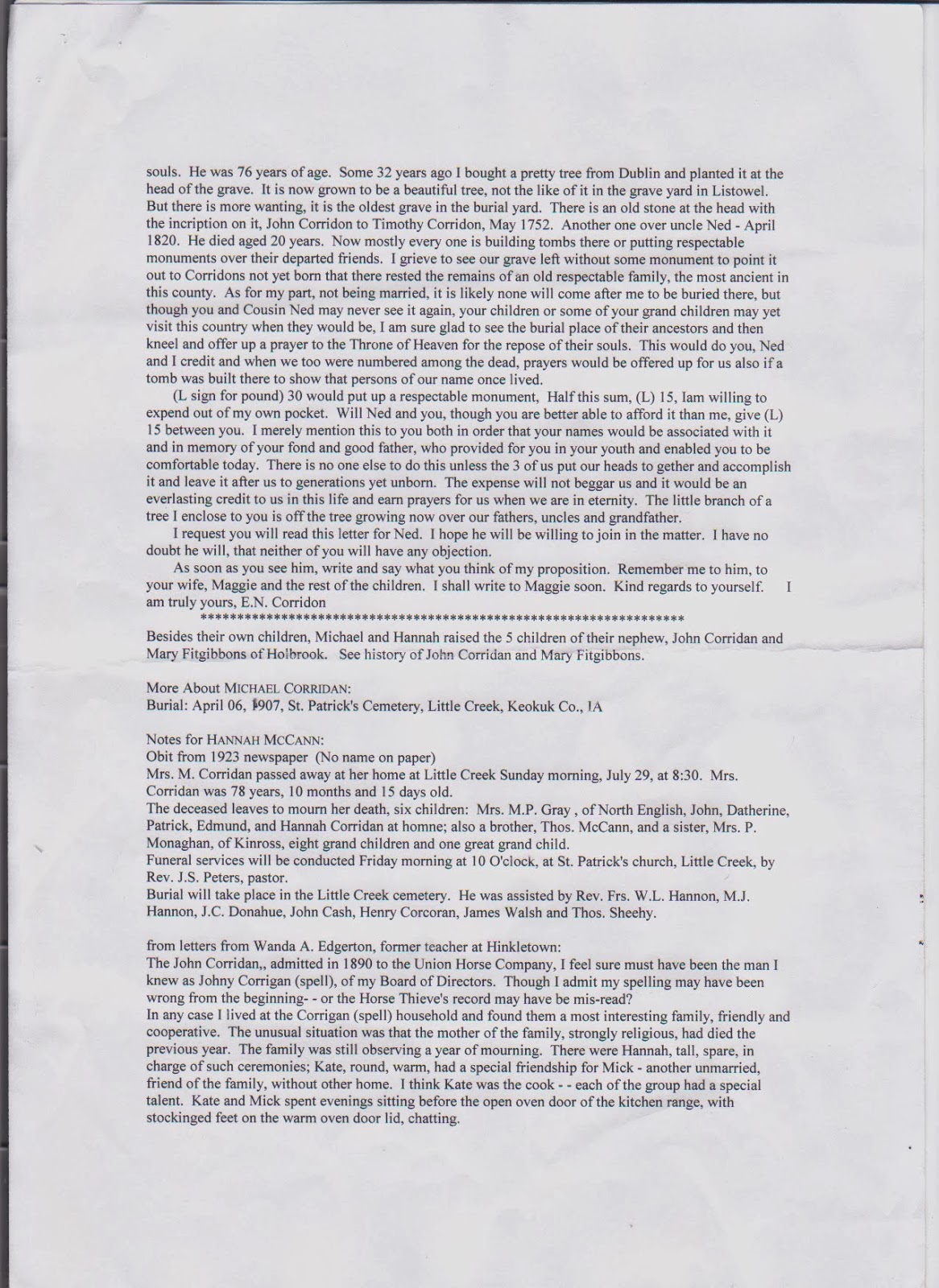 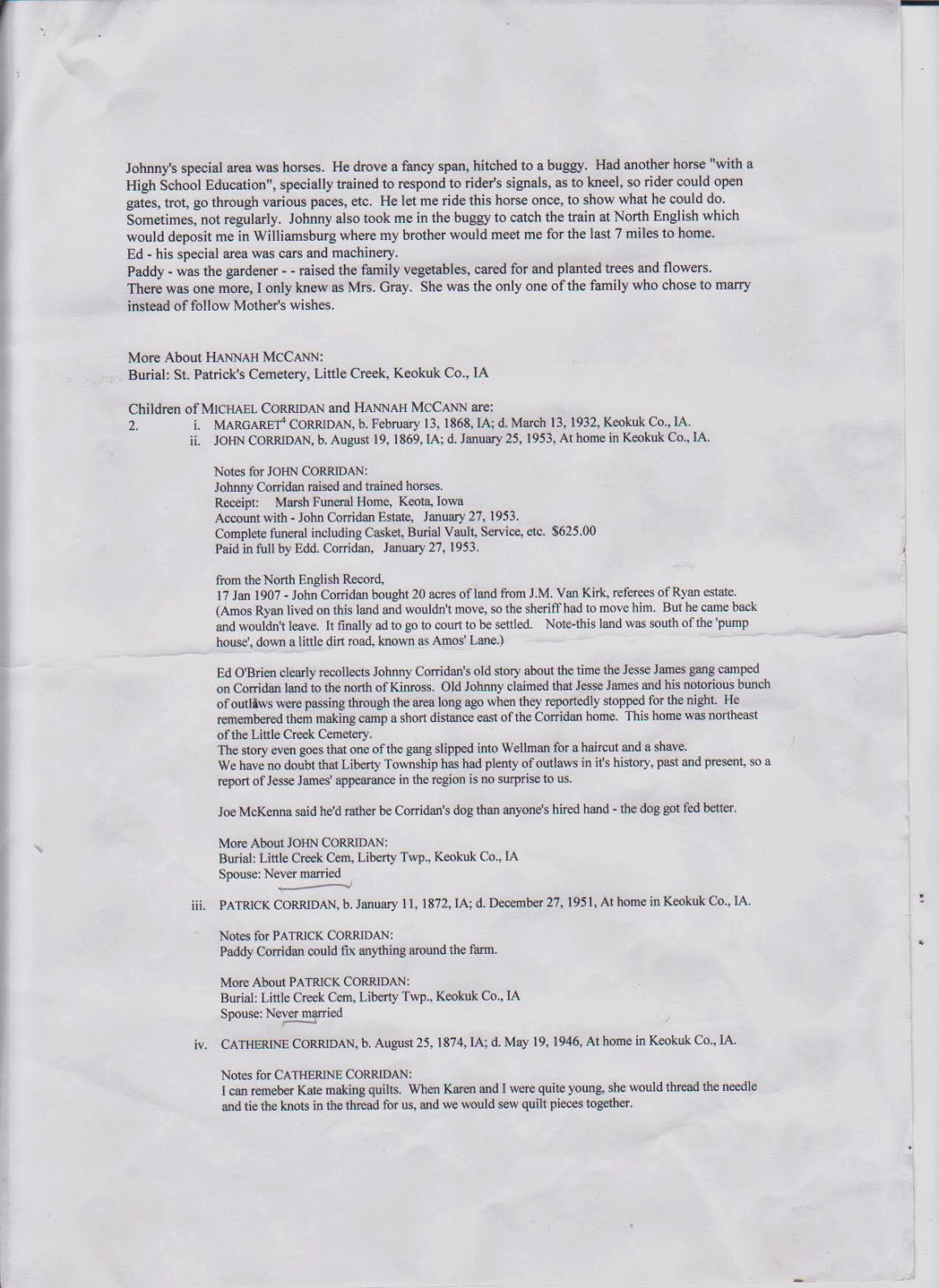 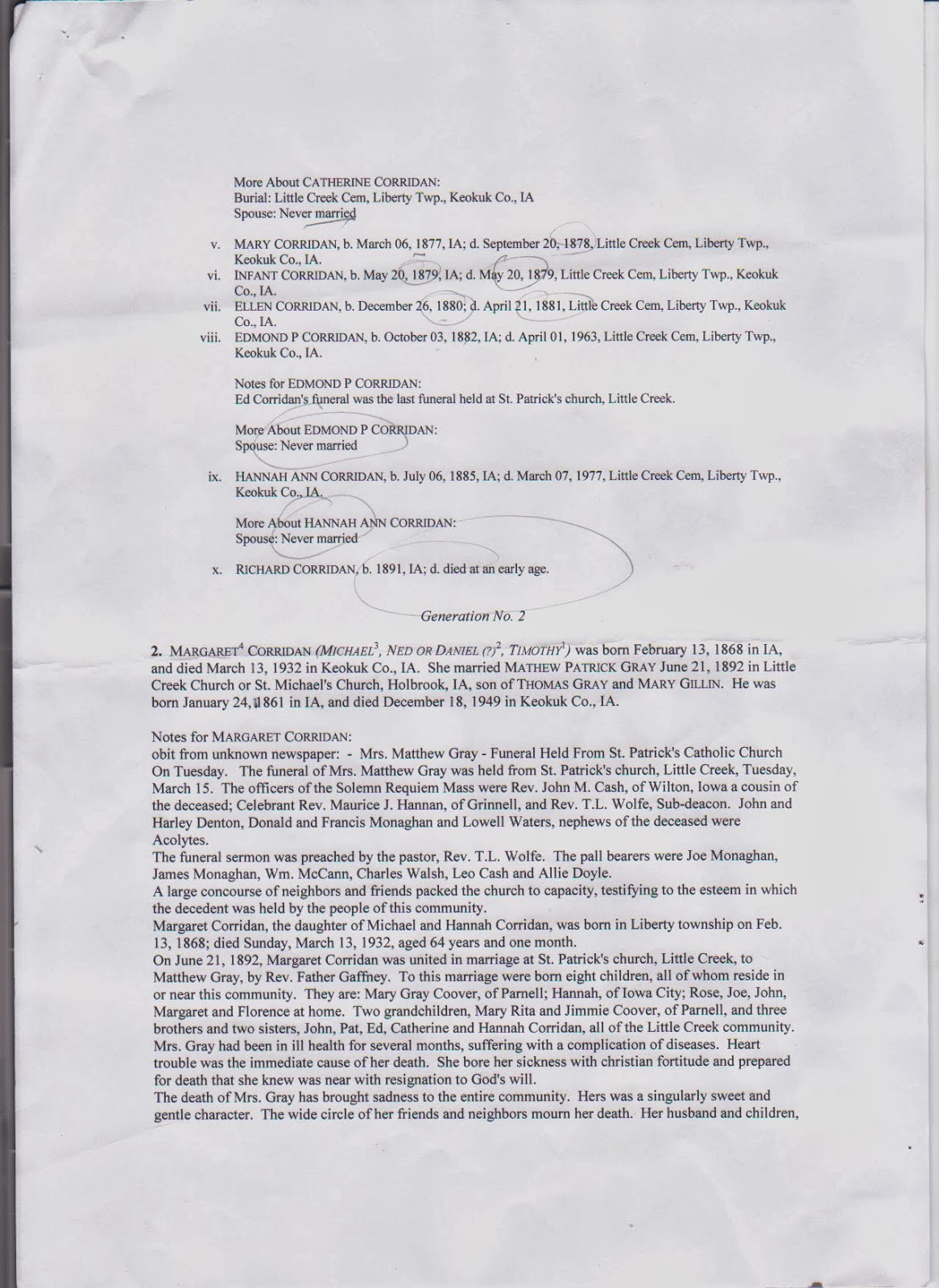 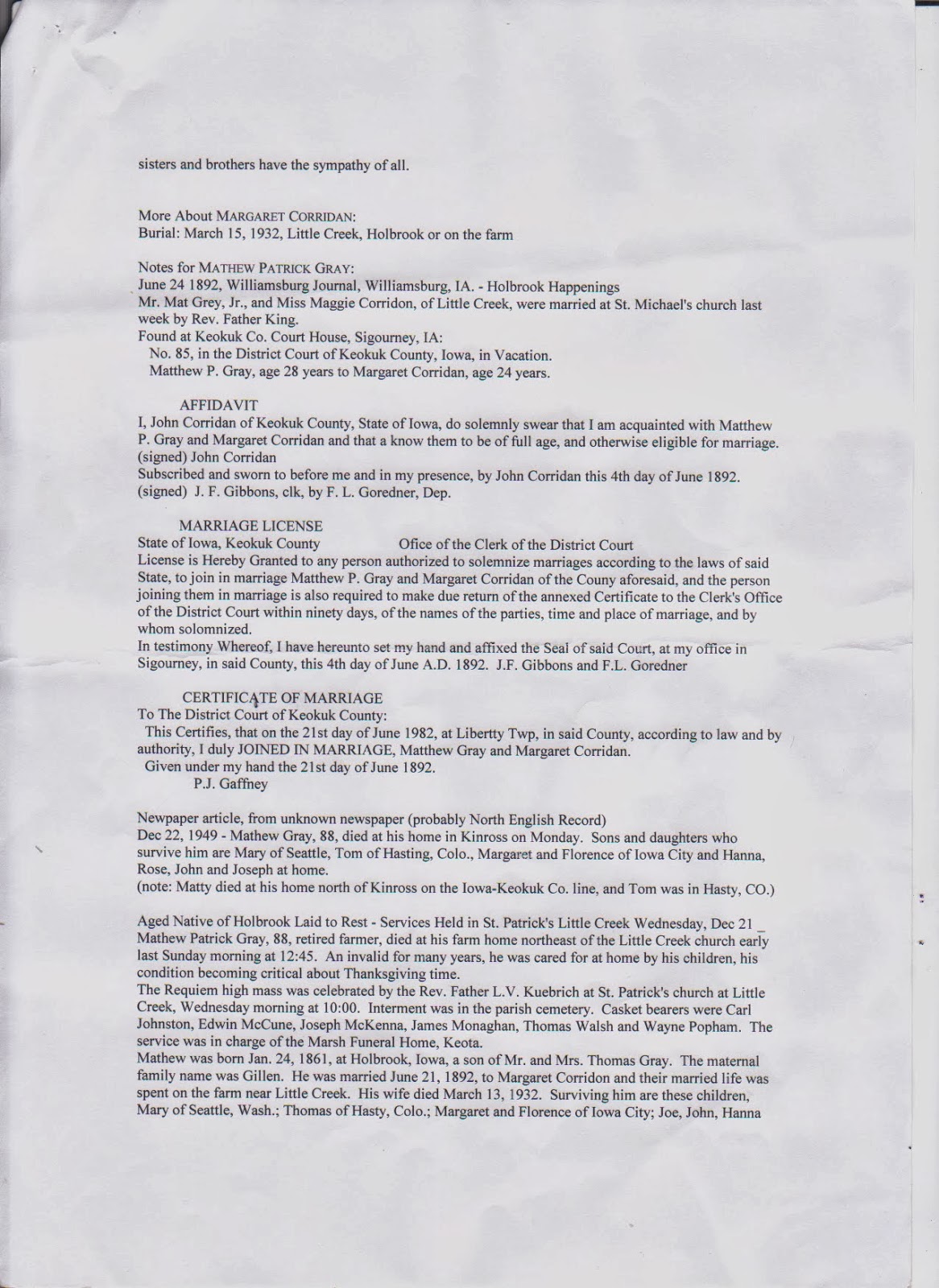 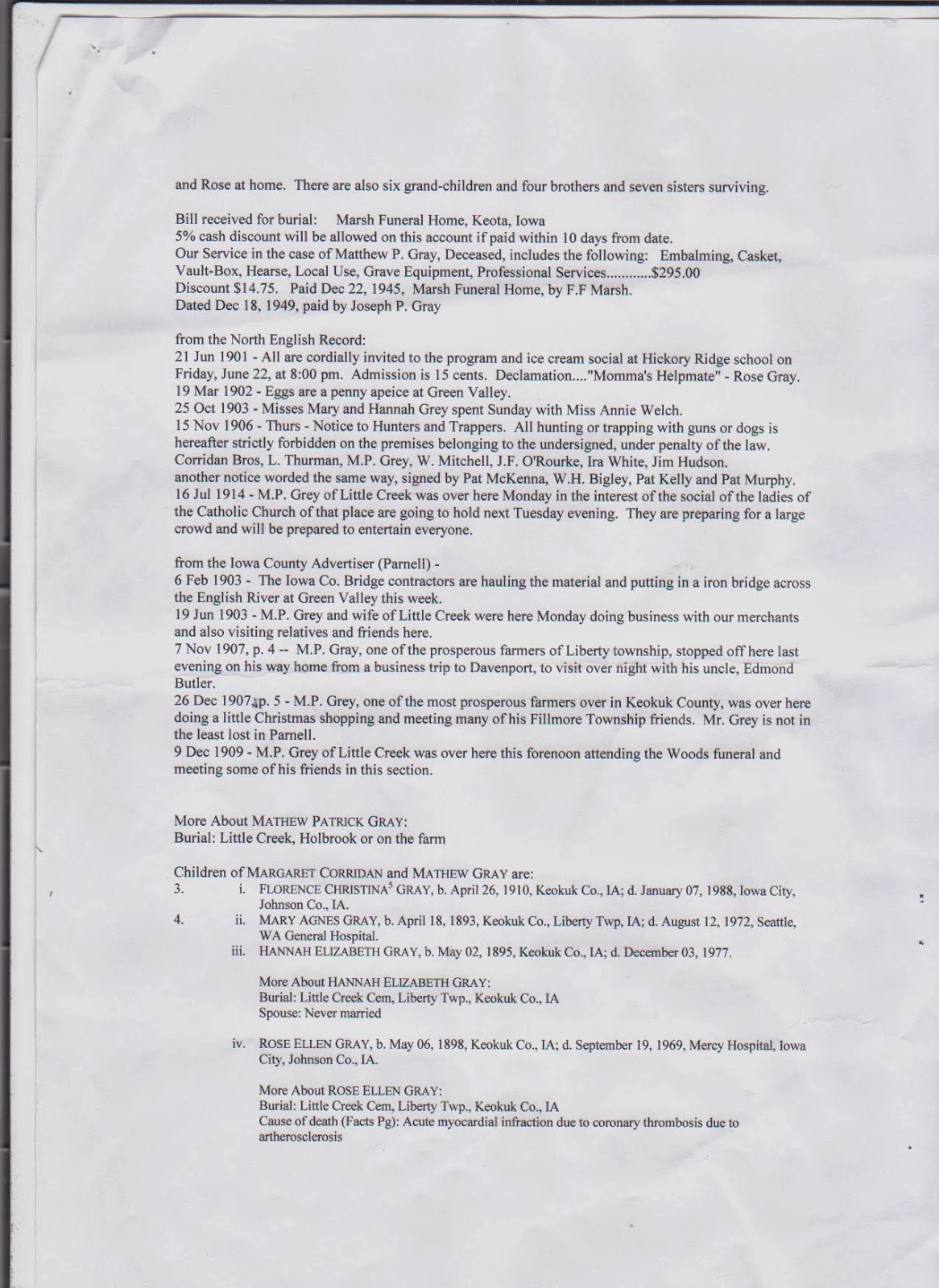 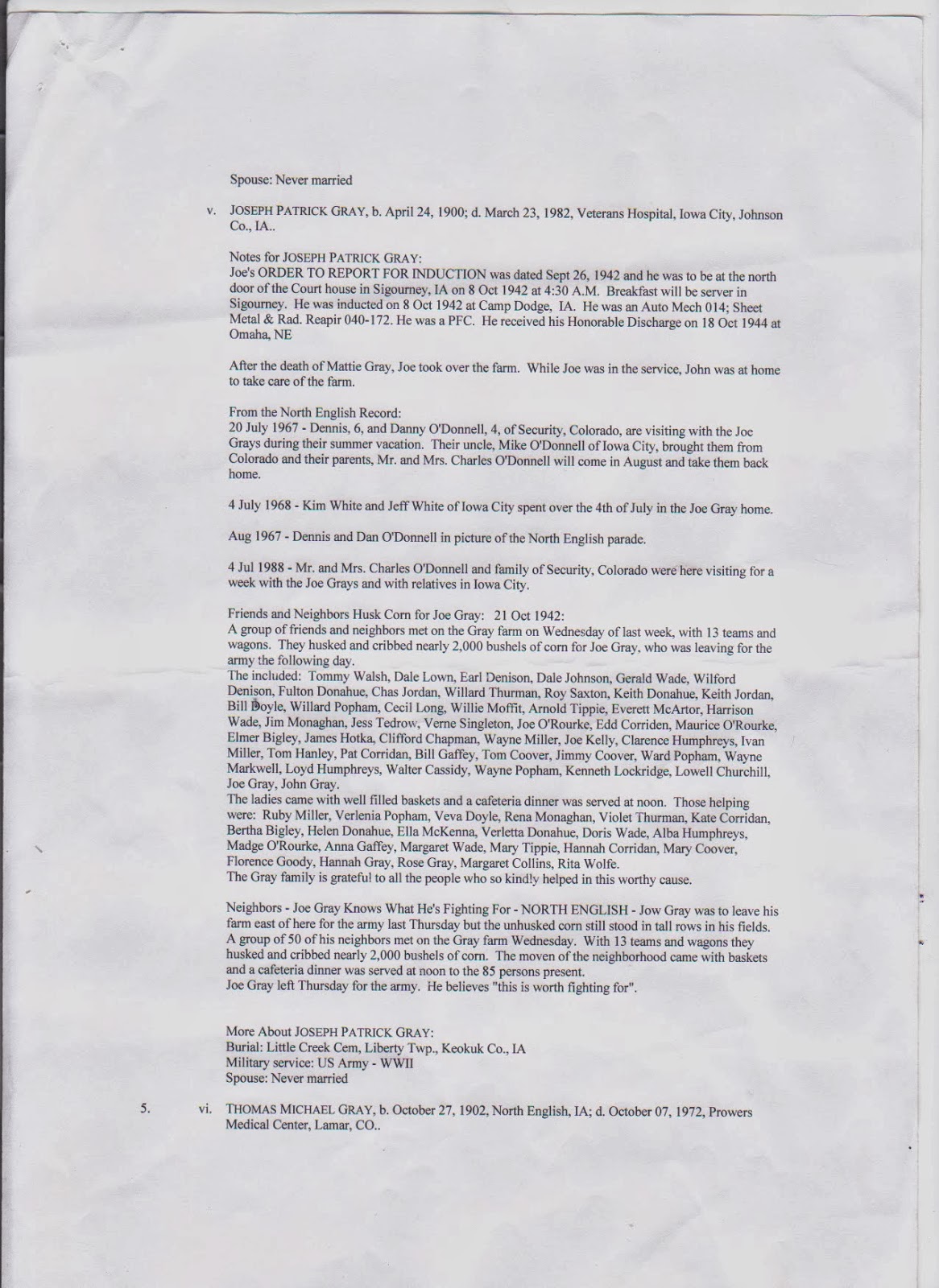 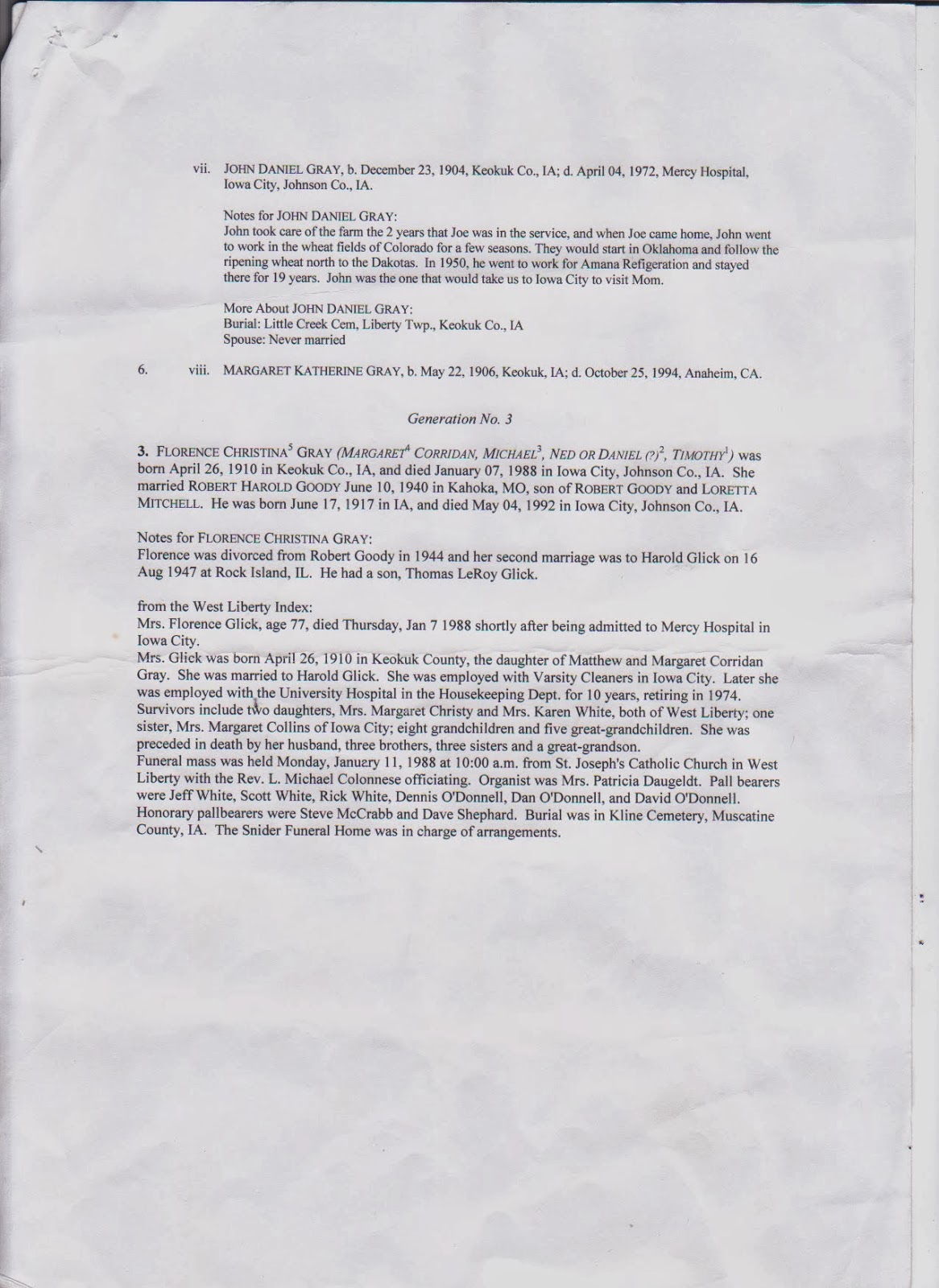