The following Obituary appeared on the Abbeyfeale Blog last week.
Sean was son of Tim, son of Tom , son of Tom of Foildarrig, son of Thomas and Margaret.  Sean was predeceased by his brother Kieran who was killed in a road traffic accident a few years ago and was a Clerk in Listowel.


We extend our deepest sympathies to all his Family

It was with a deep sense of sadness and loss that we learned last week of the death in London of Seán Corridan formerly of Kilmanihan, County Kerry.

Seán and I were classmates at St Ita's College, Abbeyfeale in the late sixties and went through all the many trials and tribulations associated with studying for the Intermediate and Leaving Certificate Examinations.

Seán had a roguish smile and a quick quip and a cheerful word for everybody. He never took himself too seriously and displayed a healthy disregard for authority.

We were involved in numerous practical jokes and harmless pranks down through the years, often with quite hilarious and unexpected consequences.

If any bit of mischief or devilment occurred in the classroom or out in the yard, Seán usually had some involvement!

We occasionally “collaborated” on homework assignments. One day the headmaster, Jim Kelly, hauled us out in front of the class. We had presented what we thought were two immaculate maths papers. Unfortunately, they were both identical – and wrong! Jim demanded an explanation.

“And fools seldom differ” replied Jim, with feigned severity as he drew a thick red line through both papers and banished us down to the back benches.

Jim always held Seán in high regard and, in our final year, he appointed him Sports Captain of the school. Seán took the whole thing in his stride but we suspected that he was secretly delighted to be given such an honour.

We had a fairly decent football team at the time. However, we were competing in the Kerry Colleges championships and were drawn against the likes of Listowel, Tralee, Castleisland, Dingle and the famed St Brendan's College in Killarney. Many of their players would later go on to become household names with the great Kerry teams of the seventies.

Kerry footballer, Billy Doran, had joined the teaching staff and both he and Seán took charge of training the team. Seán's dressing-room talks were legendary, and when we raced out on to the pitch he had us believing that we could crash through brick walls.

Seán played at midfield but, in truth, he roamed all over the pitch cajoling, encouraging and giving a helping hand wherever it was needed. One moment he was kicking a superb point from a seemingly impossible angle out near the sideline, the next he was fielding a high ball in his own square and lofting a mighty clearance out the field. It was inspirational stuff and it lifted the whole team.

We didn't always win – but we didn't always lose either. Anyway we could be relied upon to give a good account of ourselves or face a lively lecture from Seán!

When our school days ended the class dispersed and slowly scattered to the four corners of the earth and most of us eventually lost touch. Seán finally settled in London where he joined the Kingdom GAA Club. He went on to win seven London County titles with the club and also played a major part in the founding of Fulham Irish in 2006.

The Kerryman was a loyal servant to the London GAA and had many claims to fame. He was part of the mighty Kingdom team of the 1970s and has seven London county championships medals to his name.

He was instrumental in the setting up of Fulham Irish when that club was founded in 2006 and in 2011 laid claim to be the oldest footballer ever to grace a GAA pitch when lined out for Irish in a reserve championship game at Ruislip. He was ever-present at Ruislip and could always be relied upon to the thankless jobs like linesman or umpire.

Fulham Irish issued a statement on his passing last week. It said: “It is with great regret that Fulham Irish GAA received the news of the untimely passing of Sean Corridan.

“Sean was a one of the very few people involved with the London County board who offered unflinching support during the difficult period that Fulham Irish GAA came into existence in 2006. Sean was easily identifiable as a genuine gentleman who always had the player at the forefront of his thoughts.

“In 2009, Sean joined Fulham Irish GAA to get involved with the running of the Senior football team. He remained a dedicated member right through to the end and could always be relied upon to help out when required, always there, always ready to help out.

“One of those occasions happened in 2011, when the Fulham Irish Reserve team were playing a match against St Kiernans. Playing with only 14 players, the game was close enough. To make the numbers up to 15, Sean pulled on a jersey at half time but unlike others who do this, he stayed on the field for the duration of the game, twice catching the ball and laying it off for scores.

“One of the sweet victories for the club after which Sean was researching whether he was oldest player to ever play in London. We offer our sincere sympathies to his Family and wide circle of Friends. May he rest in peace.”

He was also well-connected with the St Joseph’s club in London.

“On behalf of everyone involved with St. Joseph’s, we wish to extend our sincerest sympathy to the Corden family following the recent sad passing of Sean. Our thoughts and prayers are with them at this difficult time. Sean will be very sadly missed by everyone in the Joe’s.”

Mr Corridon was a life-long member of the Kerry Association London.

Secretary Tara Cronin said: “ It was with great sadness that I learnt of the passing of Sean Corridon. Sean was a long standing member of the Kerry Association in London and has been involved with us for a number of years. Sean was an integral part of the committee and he will be missed. My deepest sympathies to his wife and family.” 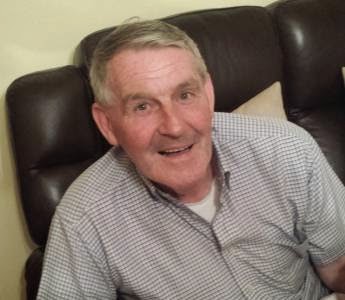