Michael Dillon, a Corconian whose mother ,Mary Corridan  mentioned below compiled the following article on his uncle Fr. John Corridan .
Through this blog , Michael and his family have reconnected with their cousins in New Zealand as a result of the article written by Jeremy Taylor and the Drombeg Corridans.....a great story !!

Many of us know of Father John Corridan the anti-corruption priest who was the inspirational character for Father Barry in the 1954 movie classic On the Waterfront. But some of us also knew another Father John Corridan, curate in ordinary parishes in County Kerry and an inspirational priest who improved the lives of many of the most deprived and marginalised people in the communities in which he worked.


Father John was born in 1926 to Michael Corridan and Anna Curtin who owned a small farm in Murhur, Moyvane, in North Kerry. He was the eldest of three children; Denis was two years younger and Mary seven. He attended primary school in Moyvane; St Michael's Secondary School in Listowel and completed his secondary education at St Brendan's, the Kerry diocesan school in Killarney. He attended Maynooth College where he gained a BA and trained for the priesthood. He graduated in 1951. 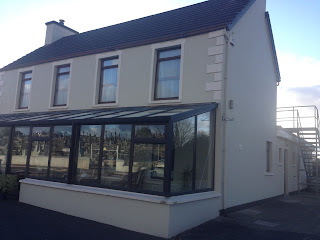 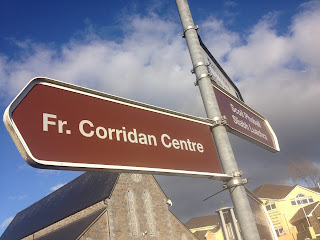 He was initially assigned to parish duties in Oldham, Lancashire and on return to Ireland worked in a number of parishes in Counties Kerry and Cork. His final position was in the Knocknagree sub-parish of Rathmore. He died of cancer following a brief illness in November 1982.


Father John was a man at ease with himself, his family and his parishioners.  In an understated manner he helped build significant resources for the disabled (particularly those with learning difficulties) and support for their families during the 1970s and early 80s. This culminated in the opening of a day care centre in Rathmore which was posthumously named after him.  He was an enthusiast for the reforms within the Catholic Church following the Second Vatican Council, highly active in the Legion of Mary and an effective spiritual leader of his community. His commitment and approachability earned him the deep respect and affection of his congregation. His life and work provides an alternative narrative to the role of the Catholic Church in Ireland during what is now frequently portrayed as a troubled period.